How to Find the Perfect Digital Billboard to Advertise On

Spending on digital out of home advertising (DOOH) is growing rapidly as the economy opens up once again and the world returns to some semblance of normalcy. Stores are open and looking like they will stay open. We can travel again, go to the office again, attend festivals and sports stadiums again. And so, advertisers are turning to the world of outdoor advertising again – with both local and national businesses increasing their focus and their spend on digital billboard advertising and other types of DOOH.

Valued at $8.55 billion in 2019, the latest figures from Research and Markets reveal that the US digital out of home advertising market will rise to $11.31 billion by 2026, growing at a CAGR (Compound Annual Growth Rate) of 4.07% over the forecast period. 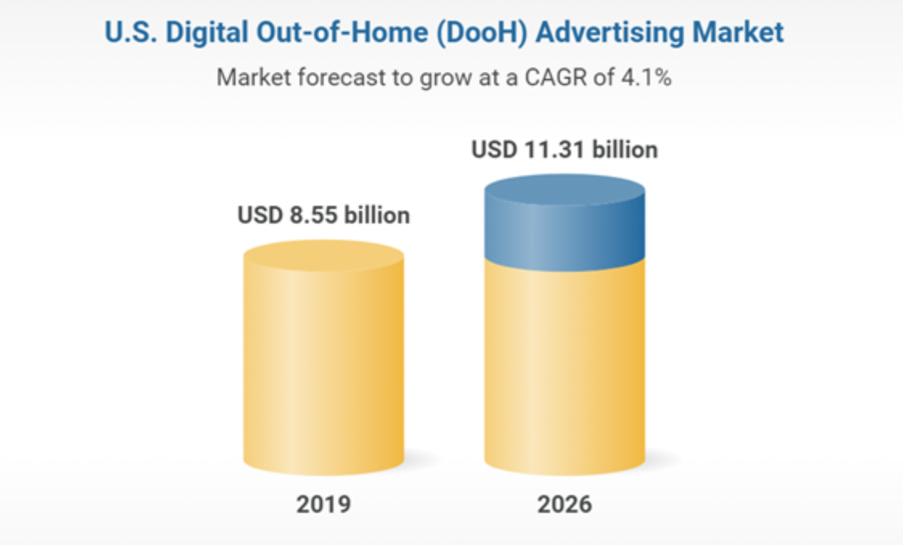 What Is Digital Billboard Advertising and How Does It Work?

Digital billboards are usually found in urban areas – by roadsides, highways, and freeways, and in town and city centers like Times Square.

As the Outdoor Advertising Association of America (OAAA) explains, digital billboards display advertising messages that rotate frequently, with typically six to eight advertisers sharing the same location at any one time. On average, the ad messages change every six to eight seconds.

Available in most states and communities, digital billboards provide high impact, high visibility, and high exposure in a wide range of localities and markets.

What Is the Method of Purchase for Digital Billboard Advertising?

Ad space on digital billboards can be purchased either by specific location, or by a network of multiple locations. Advertisers can usually contract their ads to run for periods ranging from one week to several weeks, or even longer.

Read more: How Much Does Billboard Advertising Cost?

With today’s programmatic buying technology, it’s even possible for advertisers to adjust their messaging on the fly – in response to, for example, changing weather conditions, temperatures, traffic data, or news or sporting events. This adds contextual relevancy to advertisements, which increases their impact.

Today, a lot of digital signage space is now bought programmatically via demand side platforms (DSPs). World-renowned DOOH inventory owners like Global Outdoor, Clear Channel, and JCDeaux make their inventory available to advertisers online, and buyers around the world can use a DSP to access it.

Read more: Supply Side Vs. Demand Side Platforms: What’s the Difference?

Demand side platforms automate the process for bidding and buying digital billboard space. Buyers set their budget, choose a location, and define the criteria for their purchase – time of day, day of week, temperature, demographics, footfall, etc. – and the platform does the rest.

This represents a huge improvement over traditional buying methods, which involve many lengthy and resource-intensive negotiations with media buying agencies. Instead, DSPs allow buyers to find, bid for and buy ad space on the perfect billboard in just a few clicks. As such, digital billboard advertising is now accessible to smaller businesses who may have been excluded from the medium before due the cost and time commitments associated with traditional buying methods for DOOH advertising.

This is why programmatic DOOH is considered one of the most effective forms of advertising right now for both brand and performance campaigns, according to the State of the Nation: Programmatic OOH report. 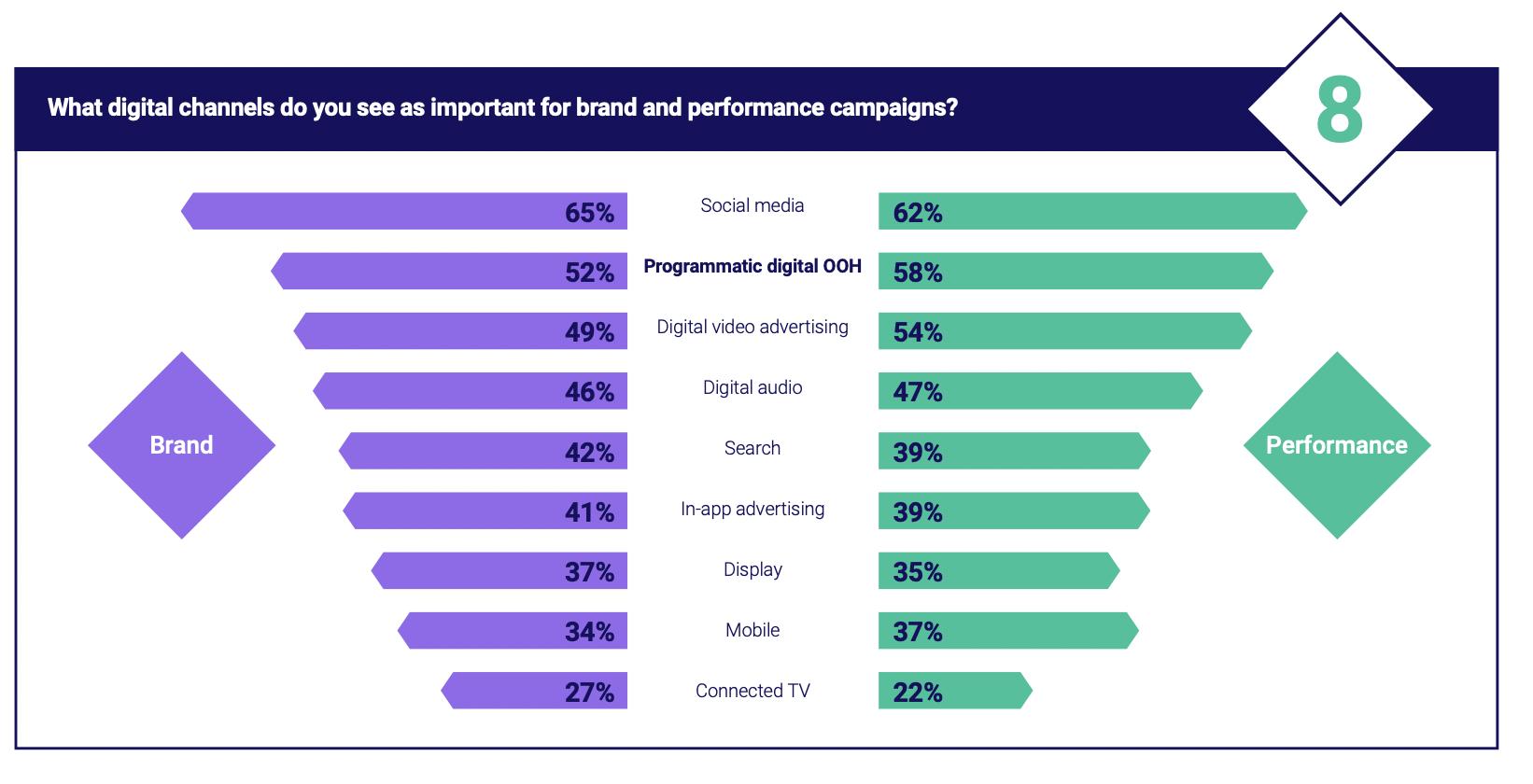 The study found that on the brand building side, most US executives (84% agency, 72% advertiser) believe that programmatic OOH is a great way to build brand awareness, with global averages of 80% agency and 75% advertiser respectively.

On performance, 84% of US agency and 80% of US advertiser executives see programmatic OOH as a great way to drive response – e.g., driving people to go in store or online to make a purchase or download.

Finding the Perfect Digital Billboard to Advertise On

For the greatest impact and the biggest ROI, advertisers must consider the location of digital billboards very carefully. This is important – especially when you consider the sheer range of regional locations available to advertisers through DSP platforms like The Neuron.

The first step must be to research your target markets and demographics to understand the locations where your customers are most likely pass and congregate, and at which times of day – and days of the week – they are most likely to engage with brand messaging.

For example, a local fast-food outlet might want to target young professionals looking for convenience as a result of their busy lifestyles. As such, the outlet would do well to focus on digital billboards within, or near to, train and bus stations, as well as along busy commuter routes. Setting the ads to run at peak traffic times when these people are on their way home from work would also be a good strategy, as this is when they will most likely be making decisions about what they’re going to eat for dinner. By focusing on these most important times and locations, the outlet can optimize both its spend and conversion rate, as the paid-for ads only run at optimal times when their reach and conversion potential are at their highest.

Using pDOOH to Pinpoint Optimal Digital Boards for Your Ads

Campaigns involving programmatic DOOH represent one of the fastest growing segments in out of home advertising, according to recent research, which revealed pDOOH was used in 47% of campaigns over the previous 18 months, and is expected to rise to 56% over the next 18 months.

This gives rise to an important question, why are more and more businesses investing in programmatic DOOH? Three key reasons were revealed – the ability to measure campaign performance, the precision offered by trigger-based buying and the fact that it is highly cost-effective. 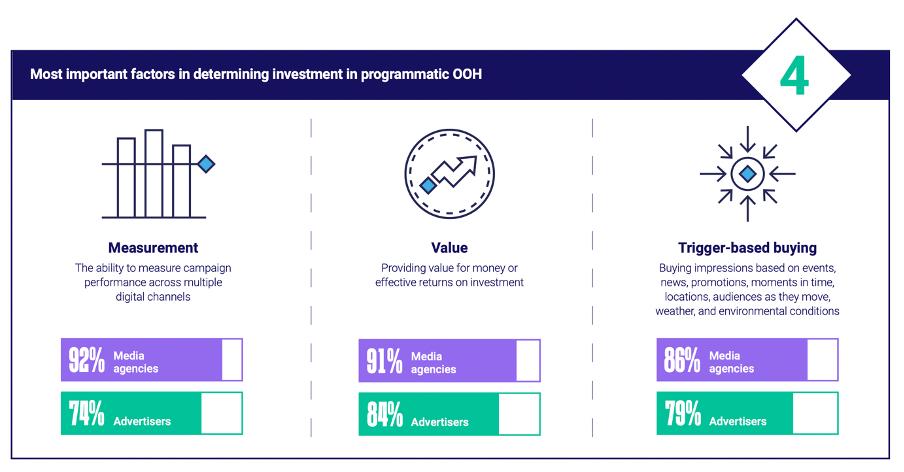 These core benefits of programmatic DOOH combine to make it one of the most attractive advertising mediums available to advertisers of all sizes right now – and it’s all made possible with data.

pDOOH platforms utilize anonymized mobile location data (plus data from other sources) to build up a detailed picture of where key demographics spend their time throughout their day. This makes it possible for advertisers to pinpoint digital billboards in precise locations where their target audience is most likely to be at different points in time, then automatically bid for that ad space and launch their creative in a very short amount of time.

As a leading DSP, The Neuron grants advertisers access to a whole suite of powerful tools that allow them to set specific criteria for their ad campaign, ensuring that your ads only run at precise times in hand-selected locations where relevant audiences can be reliably and accurately targeted.

Among other things, The Neuron enables advertisers to bid for prime digital billboard inventory based on:

In addition, The Neuron provides real-time campaign analytics which allows advertisers to immediately optimize campaigns and improve your ROI for every single ad. These include:

Get Started with Billboard Advertising – Try The Neuron Today

If you’re looking to start reaping all the huge benefits billboard advertising can bring for your business, you need a programmatic DOOH platform that will let you target your key customers on the right screens at the right time.

You need a system that lets you keep constant track of each of your campaigns in real time.

You need The Neuron. 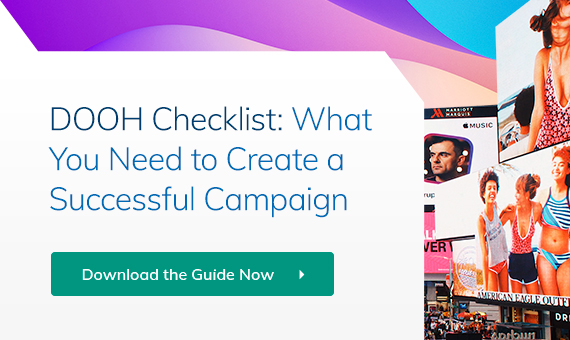